A video has gone viral showing a Nigerian lady tattooing the face of musician Peter Okoye, commonly known as Mr P, on one of her laps, which has sparked outrage among internet users. 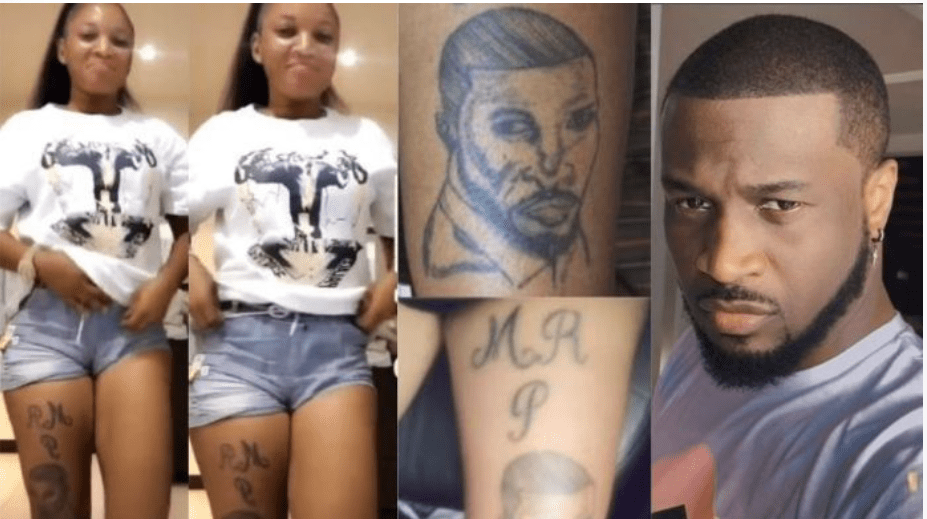 Recall Yesterday, Peter Okoye, who recently confessed that he is allergic to poverty, boasted that his brother, Paul Okoye, and himself are so well-liked by their fans that they nearly caused a stampede as they exited their recent show in Liberia.

The lady in the video, who appears to be an overly ecstatic fan, drew Mr P’s face on her lap while dancing and grooving to a music.

However, netizens have had mixed reactions to the video, with some claiming that the face on her lap did not resemble Peter Okoye’s face, while others criticize the lady for drawing him on her lap, claiming that the singer is married and the lady is attempting to cause commotion in the singer’s marriage with Lola Omotayo-Okoye.